False-positives is called an incorrect search hit, or a pair of image patterns, whose two image patterns are similar, but anyway that different, that you don't want to make a drop decision. These search results will not be shown as a hit in future scans/searches.

However, if you want to include false-positive-pairs for future scans/searches, you may activate this in the advanced settings.

Use the type "error" to highlight pattern-pairs, whose pattern sources are not similar, but you don't want to obtain in future scans/searches as a hit.

Use the type "series" to highlight image elements of an image series, which are similar (in contrast to "false-positive error"), but different enough that you always want to keep both image elements.

During the process , the two types of "errors" and "series" behave identically, but you can filter separately for these two types of false positives. 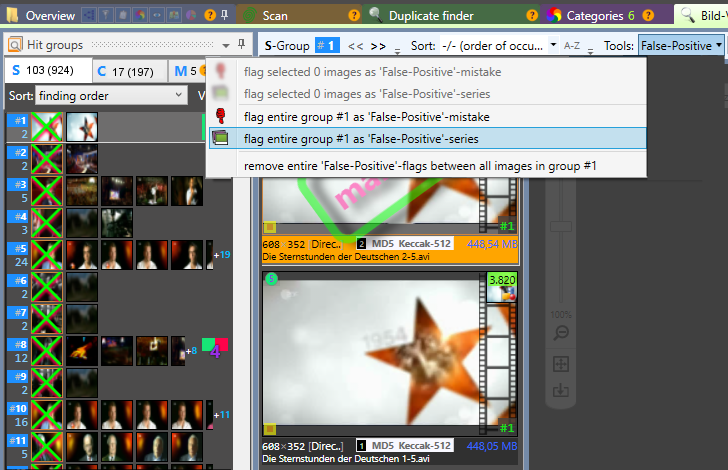