In the search result, the hit groups may be listed by groups S (Sequential hits) or K (Consolidated hits).

Sequential (non-consolidated) hits mean, that single images can appear in more than one group, whereas consolidated mean that each image is assigned to exactly one group.

In the example below, these both groups are graphically simplified by an intersection. 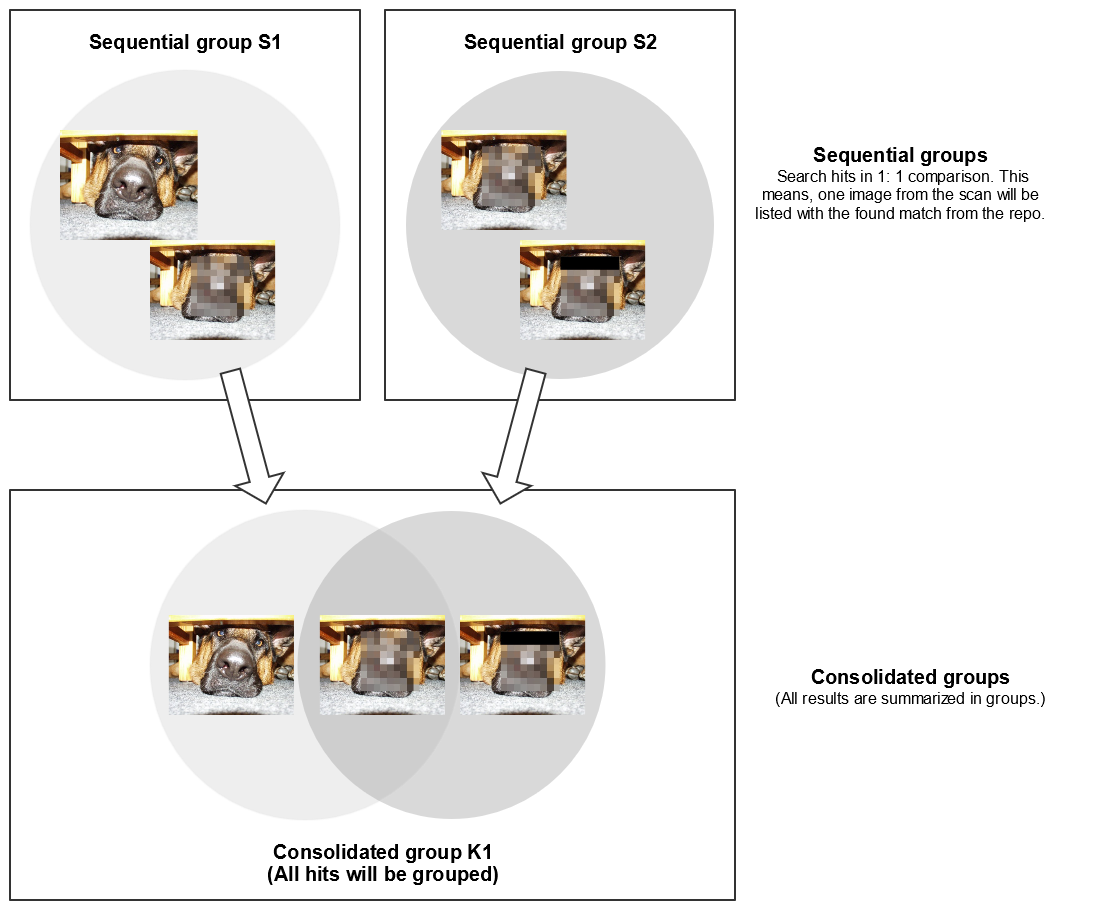 View of these groups in DoublePics: 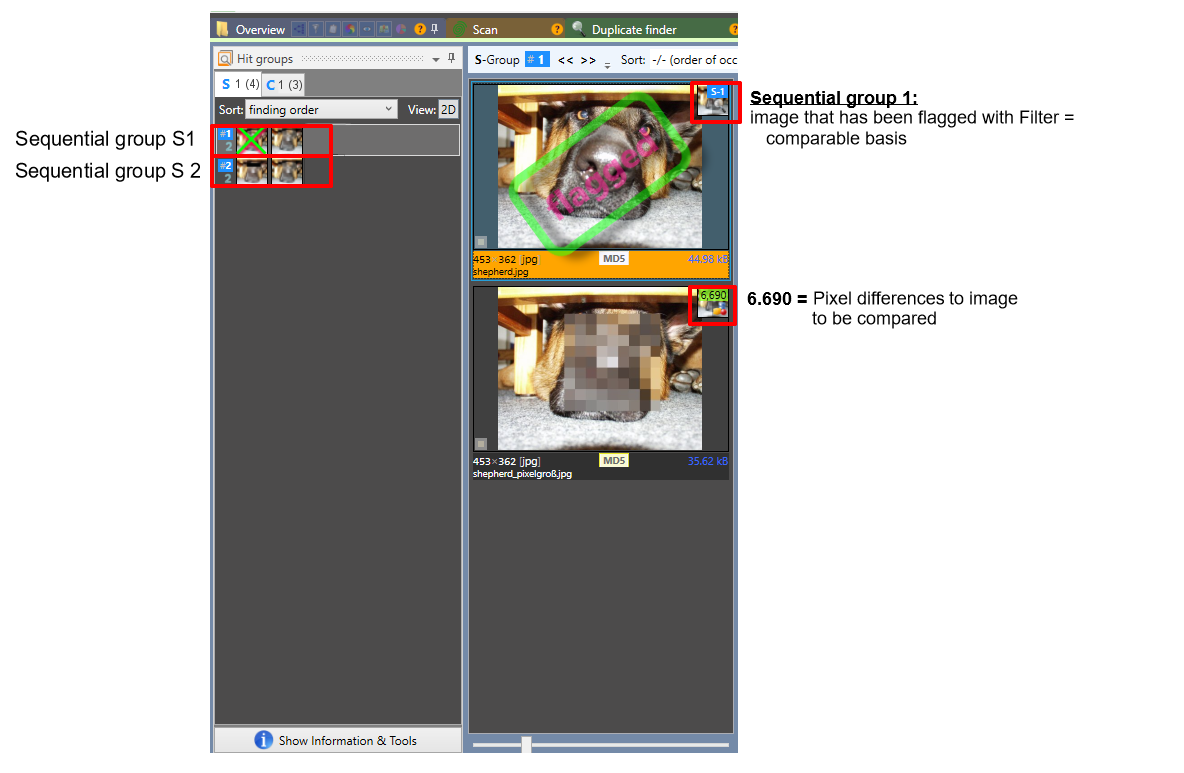 In the consolidated hit group the intersection is shown from the detected images . Each picture exists exactly once and all hits will be grouped.
So out of the four found images of S1 and S2 were three pictures in the K1 Group, because image 1 from S1 and image 2 in group S2 are identical. 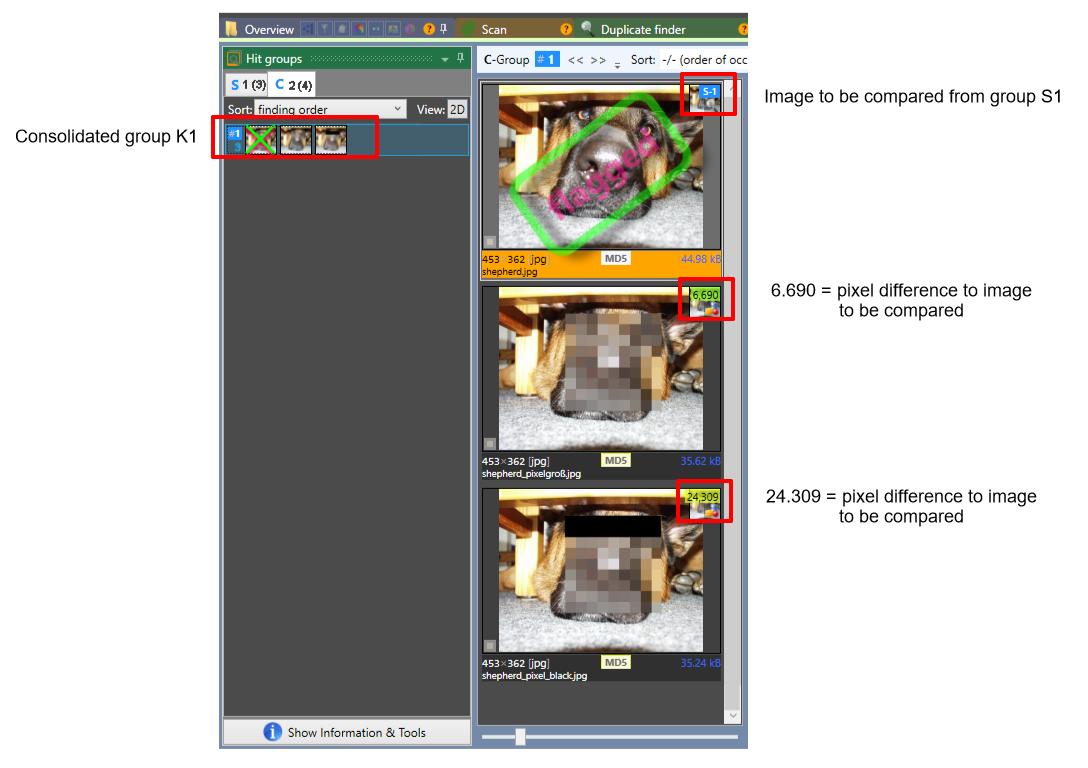